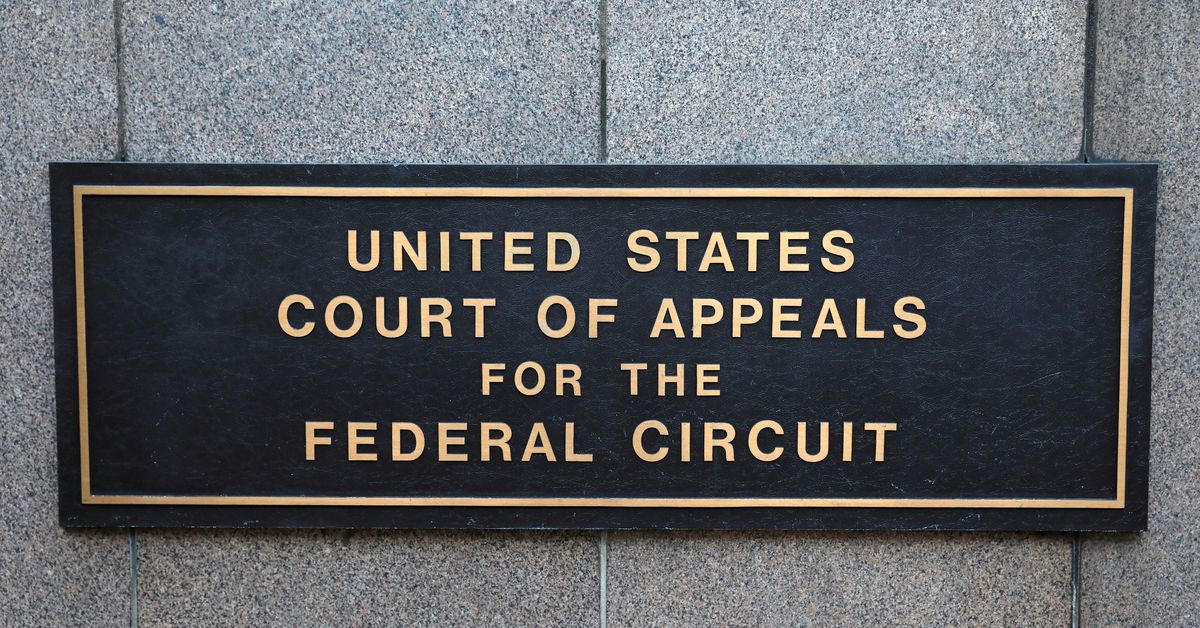 The United States Court of Appeals for the Federal Circuit is seen in Washington, D.C., U.S., August 30, 2020. REUTERS/Andrew Kelly

(Reuters) – An American subsidiary of Japan-based chipmaker Rohm Semiconductor on Friday lost its attempt to sidestep arbitration over a patent dispute with a licensing partner.

A clause in Rohm’s agreement with MaxPower Semiconductor required the dispute to go to an arbitrator, a three-judge panel of the U.S. Court of Appeals for the Federal Circuit said.

The court also said some of Rohm’s arguments against the dismissal of its court case “border on the frivolous.”

San Jose, California-based MaxPower agreed to license patents related to silicon transistors in semiconductors to Rohm Japan in 2007. Following a dispute over whether other Rohm products infringed the patents, MaxPower told Rohm last year that it was seeking arbitration under the terms of their license agreement.

Rohm Semiconductor USA sued MaxPower in San Francisco federal court shortly after, asking for a judgment that it didn’t infringe four MaxPower patents. MaxPower argued that Rohm had agreed to arbitrate all disputes under the license, including the initial question of whether the case could be arbitrated.

U.S. District Judge Vince Chhabria agreed and sent the case to the arbitrator in February.

Rohm USA appealed, and said Chhabria should have decided whether the case could be arbitrated.

Even though Rohm USA is an American entity that didn’t sign the agreement, the agreement “clearly” covers it as a Rohm Japan subsidiary, and the case is part of a “sprawling international dispute” between the companies, O’Malley said.

Rohm USA also argued that the relevant rule “merely allows” the parties to agree to let an arbitrator rule on its own jurisdiction. But O’Malley said Rohm USA’s interpretation would render the rule “meaningless.”

Rohm and its attorney Aaron Frankel of Kramer Levin Naftalis & Frankel didn’t immediately respond to a request for comment, nor did MaxPower or its attorneys at Roger Cook Law.

The Federal Circuit ruled for Rohm in September on MaxPower’s bid, based on the same agreement, to reverse a decision that allowed Rohm to challenge its patents at the Patent Trial and Appeal Board.

The case is Rohm Semiconductor USA LLC v. MaxPower Semiconductor Inc, U.S. Court of Appeals for the Federal Circuit, No. 21-1709.