As noted in Asahi.com, on April 30th of this year, Apple applied for a trademark for the term “Apple Rosetta” in Japan.

The original Rosetta software from 2005
Rosetta was the name for Apple’s emulation software that allowed PowerPC apps to run under Intel processors. Apple introduced Rosetta in MacOS X 10.4 (Tiger) to provide a compatibility layer for Mac users while the company transitioned from PowerPC processors to Intel processors.

As a result, Apple has already had the trademark for the term “Rosetta” for sometime, but this new activity and new application surrounding the name is notable given the increasing rumors that Apple is planning on transitioning from Intel to ARM processors in the near future. Apple officially dropped Rosetta support in Mac OS X 10.7 (Lion) in 2011. 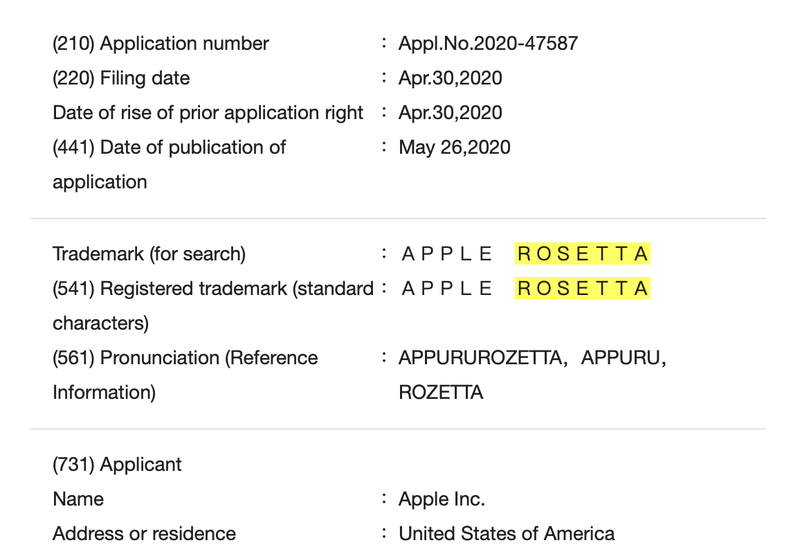 The trademark could simply be ongoing protection of a long existing trademark for Apple, but given the recent rumors, the new activity raises the possibility that Apple may decide to recycle the “Rosetta” name for a new emulation layer to transition from Intel to ‌ARM‌. The trademark was filed under the following category:

Apple has been widely rumored to transition from Intel to ‌ARM‌ processors in the coming year, but there has be no rumors about how Apple would handle the transition with regard to emulation. Apple currently lists “Rosetta” without the “Apple” prefix in their list of active trademarks.