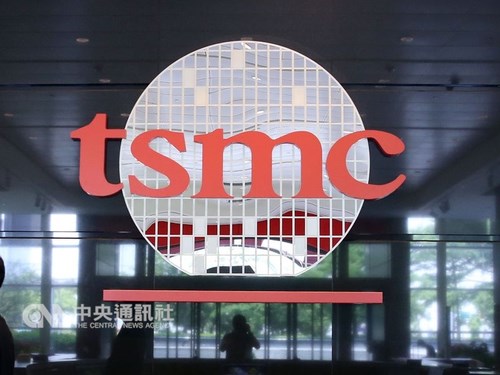 Taipei, Feb. 8 (CNA) Taiwan Semiconductor Manufacturing Co. (TSMC), the world’s largest contract chipmaker, ranked as the top patent applicant in Taiwan for the fourth consecutive year in 2019, according to the Ministry of Economic Affairs (MOEA).

TSMC was the top patent applicant in both the local and foreign business communities in Taiwan, while Alibaba Group Services Ltd. from China’s largest e-commerce operator Alibaba took the top spot in patent applications among foreign companies in the year, the MOEA said.

Data compiled by the MOEA showed that TSMC filed a total of 1,333 patent applications in 2019, up 41 percent from a year earlier. Last year, the company’s applications breached 1,000 for the first time, representing growth for five consecutive years, the data showed.

The MOEA said all of TSMC’s applications were invention patents.

Commenting on TSMC’s patent applications, Hong Shu-min (洪淑敏), director-general of the MOEA’s Intellectual Property Office (IPO), said the chipmaker has been gearing up to compete with South Korea’s Samsung Electronics Co. in sophisticated 3-nanometer technology development by boosting its capital expenditure, so that the company saw its patent applications increasing accordingly.

In mid-January, TSMC said its capex for 2020 is expected to hit a new high to a range of between US$15 billion and US$16 billion. Market analysts said the increase in captex could further lift the company’s patent applications this year.

Hong said the number of the patent applications by Qualcomm fell 42 percent from a year earlier in 2019 due to a relatively high comparison base in 2018, when the U.S. company filed more than 1,000 applications.

In 2019, the IPO received a total of 74,652 patent applications, up 2 percent from a year earlier, with invention applications making up 80 percent of the total, the data showed.

(By Tsai Peng-min and Frances Huang)